Over Policing is a Symptom of Poor Government 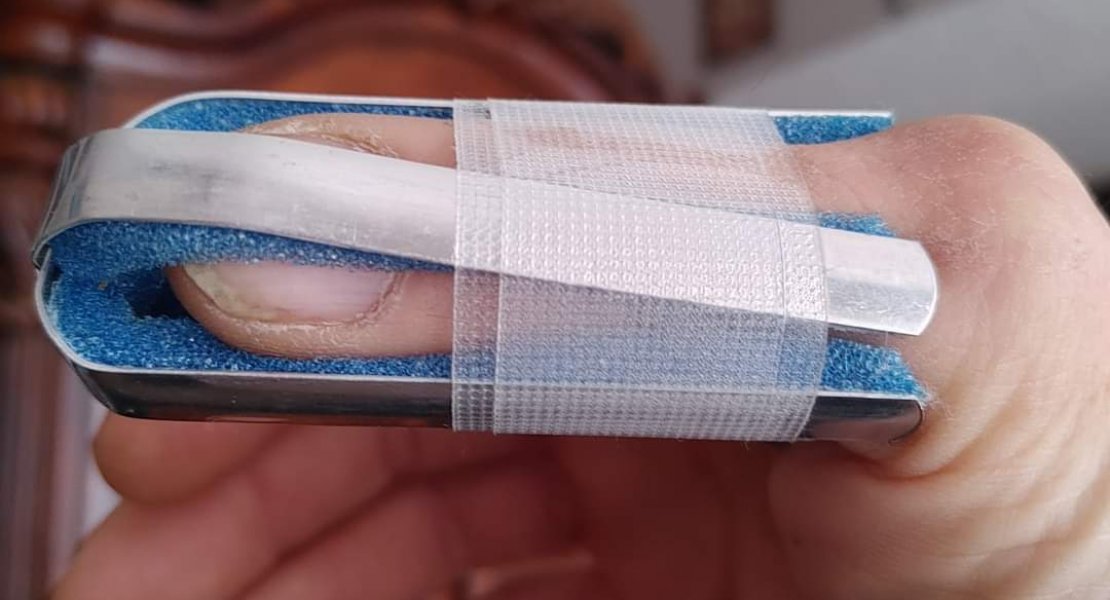 "They may torture my body, break my bones, even kill me, then they will have my dead body. But they will never have my obedience!"

Last Saturday, as we arrived at Dundas Square for our weekly exercise in disobedience, I fell witness to a gross display of power and complete disconnect from humanity by Toronto Police Services.

The broken thumb in the attached picture belongs to a man named Jim whom I have had the pleasure to make acquaintance with since we started "2 weeks to flatten the curve" nearly 11 months ago. A peaceful kindhearted man who, for the crime of standing on the sidewalk was violently assaulted, had his thumb broken and was frivolously charged with obstruction under the Reopening Ontario Act.

2 weeks ago, a man took his own life following a similar arrest for obstruction, because the arresting offer claims to have been cursed at while carding grown men for meeting outside in a parking lot.

To be clear, the Reopening Ontario Act is a vague and rushed piece of legislation that regularly contradicts the Charter of Rights and Freedoms despite it being clearly subject to that Charter as per section 7.0.2 of the Emergency Management and Civil Protection Act.

The long title of the Reopening Ontario Act is the ironically named "Flexible Response to Covid-19". It would appear that the flexibility in this act is the way it allows our Constitution to arbitrarily be disregarded by local police when they impede on our section 2 charter rights. Or possibly how the rules can be bent to allow the political class to travel freely while demanding we lock ourselves indoors? Maybe it's the way the Progressive Conservatives stretch Ontario's insurmountable debt more than Doug Ford's waistband?

One thing that has been made clear since last week's violent debacle, is that we can no longer expect flexibility to be bestowed upon the PEOPLE of this province. A line has been drawn between the political class and the rest of us, and it is deep in the sand.

Over policing affects all of us and it knows very little in the way of prejudice. It does not care the color of your skin, what's between your legs, your age, or who or how you love. It knows that there are rules, and those rules only apply to the common folk. We will not pass GO, and we will not collect $200. We will be obedient or we will face the consequences.

So who takes responsibility for this problem? Is it the police themselves? Attempting to enforce laws that don't make sense, upon a society that demands to understand why? Don't misunderstand me, I will not carry water for an organization that claims to protect those it mistreats. That institutional gaslighting is akin to an abusive relationship, and just like an abusive relationship there is no excusing a hand raised in anger simply because it also provides. The police hold a burden to remain human and stand up against poor orders. But to that effect, so do the rest of us and I dont see all of you out there on the sidewalk every weekend.

Over policing is a symptom of POOR GOVERNANCE. You will constantly hear libertarians repeat "good ideas don't require force". This is of course as true as it will always be. Well written laws MAKE SENSE. The vast majority of us will abide by them not for fear of consequence, but because we are not monsters and our humanity demands that we do. When laws are unjust, people will push back. Laws against cannabis possession, and homosexuality proved fruitless and served only to expand the police state because they were WRONG. The people who championed them, and those who still do, were and are on the wrong side of history. Yet for years it was only a small minority of people who were willing to take a stand, or a beating, or years in prison to make the point that right and wrong are not edicts handed down by politicians.

Until lawmakers are accountable to the people, we will not see a change in policing. Budgets can be cut back, defunded, set on fire and scattered to the wind, but the agents of government will always prioritize obedience first. Until we the people, imperfect but human, are the final say on our laws and those that enforce them, we will never be able to guarantee that tomorrow won't be the day when it is us, or our children and grandchildren, being the next victim of over policing and unjust laws.

The pain of this broken bone, and every other broken bone, every lost year and lost life, it belongs to all of us. We suffer collectively for every overstep they take, as they are made trampling on not just our rights, but our humanity. Our morality is not a policy that can be chosen by rulers. Our rights do not come from the Charter, they are recorded there as a reminder to governments that they exist. And our protest will continue until they respect that.