Understanding the Foundation for Teachers’ Strikes in Ontario 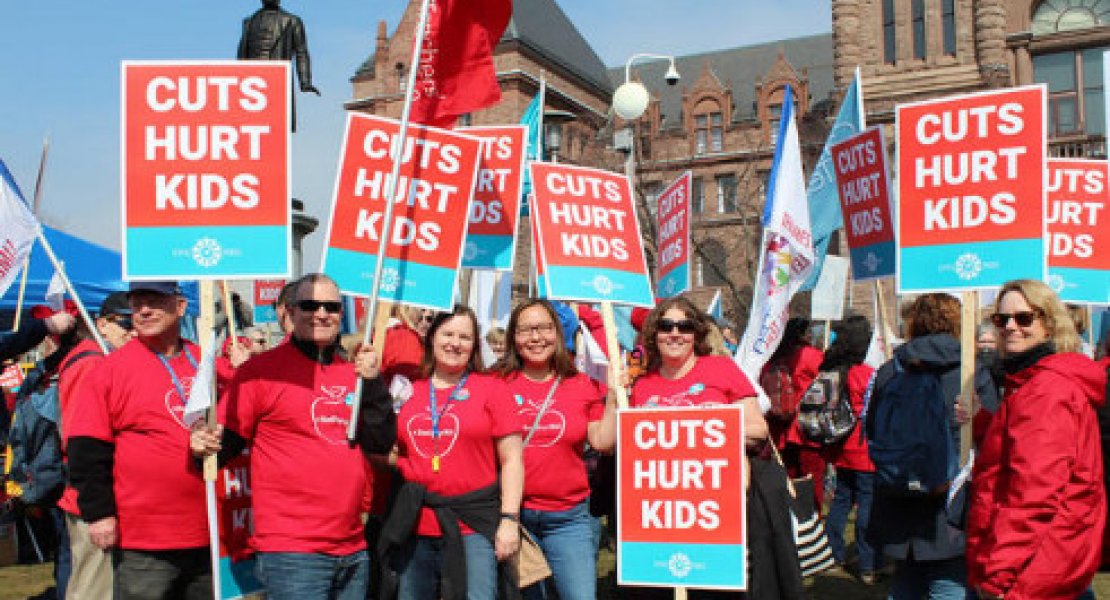 While much has been made about the ‘resolution’ of the teachers’ job action in Ontario, most of the discussion has missed two fundamental aspects of the debate: school choice and unionization in the public sector. No long-term, lasting solution can be achieved if these two factors are ignored.

Firstly, the ruling by the Ontario Labour Relations Board is a short-term fix that should salvage the school year for 70,000 secondary students. But the issues remain. Elementary school teachers are escalating their job actions, which include partial withdrawal of administrative services, and plans are in place for the secondary school teachers in the three striking boards to return to full withdrawal of services within two weeks.

Most Ontarians are not aware of the comparatively unique way the province delivers education. For instance, Ontario is one of only three provinces in Canada that provide religious, largely Roman Catholic, education within the public system. The remaining seven provinces provide religious education using alternative methods such as independent schools. Moreover, Ontario is also one of only two provinces that provide French Roman Catholic education in the public system. And unlike Quebec and all four western provinces, Ontario provides no support to parents who wish to have their children educated in independent schools.

The reliance on choices within the public education system means that almost 95 per cent of Ontario students (K-12) are enrolled in public schools. This stands in contrast to both British Columbia and Quebec where more than one-in-eight students attends an independent school. Such systems facilitate more competition between schools, particularly non-government schools, and greater education choices for parents, both of which contribute positively to a well-functioning, high-performing education system.

The comparatively higher unionization rates in the public education system are especially problematic given that almost all students in Ontario attend a public school. Specifically, 84.3 per cent of teachers and professors in Ontario are unionized. (Unfortunately, Statistics Canada doesn’t have a readily available narrow measure of teachers. However, teachers, both elementary and secondary, constitute the overwhelming share of professionals in this category.) By comparison, only 15.8 per cent of teachers (and professors) in independent schools are unionized. The lack of choice outside of the public system coupled with the high unionization in the public system means that parents in Ontario have a much higher risk of disruption in their child’s education than parents in provinces like British Columbia.

A watershed book by then-UBC economics professor Sandra Christensen in 1980 shed light on the tension between unions and the public sector. According to Christensen, an inherent conflict is created when governments assume the monopoly (or near monopoly) provision of a public good, education for instance, at the same time that the government allows itself to be unionized. This combination of monopoly provision of services and unionization in areas like education means that if (perhaps when) strikes occur, parents have no alternatives. In other words, the unions enjoy the best of both worlds: the ability to strike and no real competition. This enormous benefit bestowed to unions comes at a cost—a lack of choice for parents and the real possibility of the disruption of educational services.

The long-term fix for Ontario’s education system is not better collective agreements or simply more money but rather a fundamental reform of how K-12 education is delivered, with more emphasis on choice for parents and more competition in the education sector.